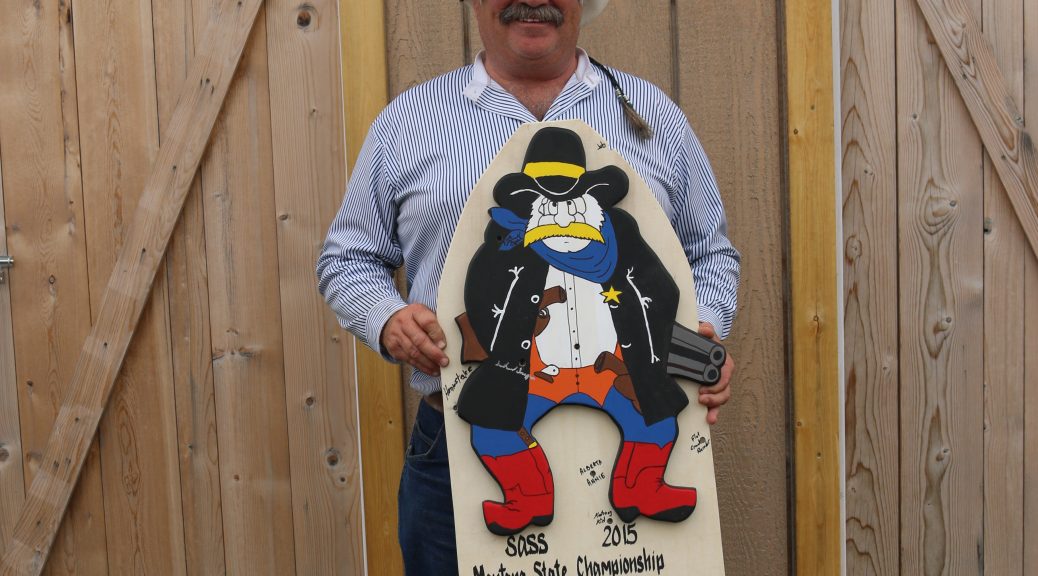 The State Championship will include these side matches:  (Check back to see if we add more!)

Bolt-Action Military Match (BAMM) – This will be a three-stage match.

Cowboy Clays – 5 shots from each of three positions.

Schuetzen Plaque – One shot with your match rifle at a wood plaque placed at an unknown distance. The shooter who hits closest to the SASS Marshall’s badge wins the plaque to take home. Charge $2.00 – Proceeds go to the SASS Scholarship Fund.

Whichever gun you are competing with you will be allowed 3 sighter rounds at each target for sight adjustments before shooting for score.