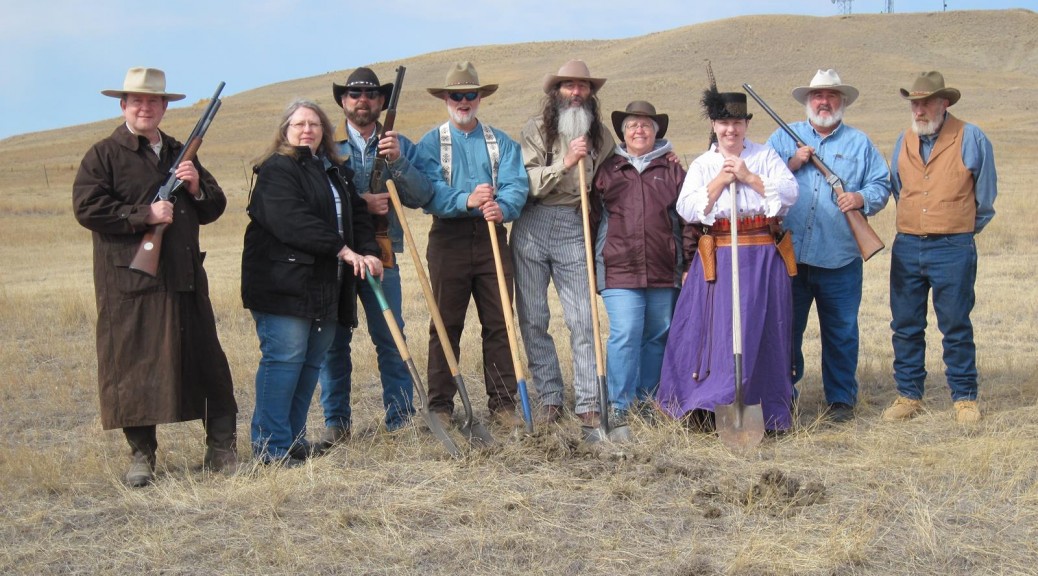 Our Journey so far…….

The Black Horse Shootists club was formed in October, 2012 by eleven shooters who believed there was room for one more CAS club in Montana and that there could never be too many opportunities for Cowboy Action shooting.

We became a part of the Great Falls Shooting Sports Complex in December, 2012.  After exploring several parcels of the GFSSC property, in the summer of 2013 we were given five acres on which to build our range. We shot our first matches on a temporary range on the Complex in 2013 and started drawing up plans for a nine-bay range with a building on each bay, support buildings on the other side of the “Main Street,” and lots of parking for vehicles and RVs.  That fall, we started writing grants.

We were awarded an NRA Foundation grant in the spring of 2014 along with an allotment from the GFSSC and were able to build three bays, the entry road and part of the parking lot before the season began, so we were able to shoot the 2014 season on our permanent range.  At the end of the season, we built the final two bays allowed by the first NRA Foundation grant.   In 2014, we were awarded a Montana Fish, Wildlife and Parks grant for gravel and buildings on three bays but had to get the final dirt work completed before we could start on the gravel and buildings. During 2014, we also built a toilet and storage shed.

We were awarded an NRA Foundation grant in 2015 and received the funds in late June so the contractor started working again and completed enough dirtwork to host the 2015 State Championship.  After the Championship match, the contractor completed the dirtwork on the range. We also received a second Fish, Wildlife and Parks grant to build a large community building.  In early 2016, our volunteers built the buildings on Bays 7, 8, and 9, graveled most of the range, and began construction on the community building.